This game contains nsfw content and sex scenes between characters of an anthropomorphic nature.

if you want to support more things like this, join me on my patreon!

Lust Quest is a Lewd Questing and Party Building game where you play a novice adventurer taking odd jobs and getting in over your head.

Today's job is your adventure in getting a book from a dragon on an icy mountain!

There are multiple endings depending on what characters you beat the game with, so feel free to come back after beating it once to get a new ending!

We've worked very hard on this game and hope you all enjoy it! Please report any bugs you find or comments/critiques on the game. We'd be more than happy to address them and try to make the game better!

Love the game but can't run the download file.

THE NEW SOUNDS OMG ITS SO GOOD UR IMPROVING AAFKLDSJ

How do you run the game qafter you download it? It says theres a java file ut i cant run it :<

When Is There Gonna Be Another Episode Next?!

When you confront the moth kin is there supposed to be a third option besides fight or leave? if not then I believe it's a bug due to it showing me a blank third option/if yes then I'm not sure how to do it because I've tried numerous combinations of recruits and order of but all it shows me is a blank third option. Please let me know when you're able and if any of the other commenters can let me know what I am doing wrong if at all.

There is not currently a third option, that appears to be a bug, thanks for catching it. There USED to be one in the past but I thought that I removed it since I wasnt able to finish all the art and writing that was needed for that scene and it got a bit darker.

You're not doing anything wrong. thank you for the report.

how many party members are there? just want to make sure I'm not  missing anyone.

There are 5 party members you can recruit and that have nsfw scenes. Yowie, Sasha, Mizu, Wicklow, and Cactmyn

When I lost to a wolf it gave me dialogue about the giraffe.  I assume this is a bug, so I'm letting you know.

Bug has been fixed, it turned out it was just loading the other enemy from the same zone's cut scene. It's good to go now.

Aaaaah I love this! It's even better than Lust Quest: Cannie! I've only done Wicklow's ending yet (I love this goth bird gf) but I'm definitely gonna play again and go for the others! Kind of disappointing that you couldn't recruit everyone at once, or at least keep them in your wagon, since I feel bad dismissing old teammates for new ones, but most games go for a four-party-member thing anyway. It would also be nice if you could name the main character, but IDK how hard that would be to incorporate. Overall, again, I love it! Excited to see more stuff from you.

There aren't current plans to let you rename the protagonist as they became more of a named character like  commander Shepard and adding it to this iteration would take reworking a lot of the dialogue.

(And we're making a spinoff novel of that character actually and what they were doing directly before the events of Lust Quest: Cannie)

However I'm looking into doing a project in the future where you do get to name the character but it's still in the conceptual phases.

I'm glad you enjoy the game! Originally I wanted you to be limited on your party size due to having some choices related to it in game, however that decision fell through when the dialogue and branching path system I was working on became too tedious. I've since reworked and made a new engine which I'm using to work on my next project though. 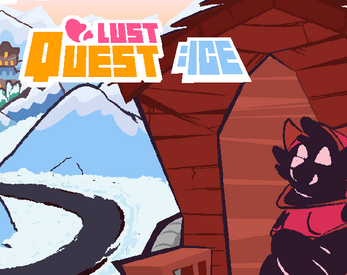